America has come a long way and made major improvements from certain aspects of its history of racism and discrimination…after all, we have elected a black president twice, and have countless people of color holding high public offices and positions of power and esteem among the various professions. However, make no mistake: racism is very much alive and continues in America. People of color feel it every day.

There are various state and federal laws that make discrimination in offering housing for sale or rent illegal, including the federal laws such as the Fair Housing Act, the Civil Rights Act of 1964 and the Americans with Disabilities Act. Similar California state laws are the Fair Employment and Housing Act and the Unruh Civil Rights Act. Generally, these laws make it illegal to discriminate in the sale or rental of housing on the basis of race, color, natural origin, creed, religion, sex, familial status or disability.

But, there are exceptions to these rules. For example, many of these rules do not apply to an owner renting out a room in his/her house where she lives. This is an issue for companies such as AirBnB, because while AirBnB has a strong anti-discrimination policy, and has taken great steps to combat impermissible discrimination, sometimes it is appropriate and legal for a landlord to discriminate. This is generally only applicable to landlords who live in the home being rented. So, it is permitted, for example, for a woman renting a room in the house she in which she lives to discriminate. She can decide that she is not comfortable living in the same house with a man, for example, and thus limit potential tenants to only women. This would not be permitted if she were not living there, however. And, while it may be surprising to some, that same woman can discriminate based on any of the other protected categories, such as race, religion, sexual preference and familial status.

AirBnB has experienced serious complaints arising from discrimination, especially racial discrimination, and its policy of requiring accurate profile photos has been criticized as empowering landlords to racially discriminate. AirBnB responded by updating and strengthening its anti-discrimination policies, and by training their customer service personnel to recognize and attempt to prevent illegal discrimination.

If you’re the victim of illegal racial discrimination, you should not put up with it. Stand up for your rights, and all of our rights.
TWEET IT

Gregory Selden, a black man from Virginia (I do not use the term “African American” because I think a man born in America is just as American as any other man born in America, by the way; I do not consider myself “Russian American” simply because my grandparent was born in Russia), filed a class-action lawsuit against AirBnB alleging discriminatory practices after he was rejected for a rental, but found the very same rental still listed as available. Later that day, he then created a fake profile using a photograph of a white man, with very similar characteristics as his own, and requested the same rental for the same day. The rental application was accepted. Mr. Selden is seeking damages against AirBnB under state and federal anti-discrimination laws.

Discrimination is harmful to us as a society, and harmful to our economy, and of course can be devastating to the individual discriminated against. There are resources available online to test to see if a person has an unconscious bias, and the first step in changing bias is to identify it and decide to change. Not only is discrimination ethically wrong, but it is also highly illegal in most cases, and should be avoided.

If you think you are the victim of illegal discrimination, you should not put up with it…seek legal advice and stand up for your rights, and all of our rights. 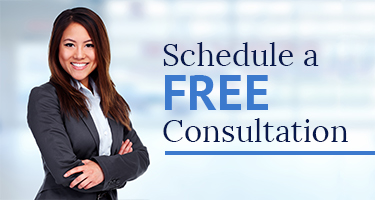